Today the 27th of November we see the comeback single from Brainpool hit the chimneys. A dystrophic Christmas carol called “The Last Christmas”.

This mood setting Christmas single is the first official sign of life from Brainpool after almost a decade of silence. After the hectic years in the 90s with over 100 000 sold albums, Grammys and the heavy touring of both Sweden and Europe, Brainpool – now a trio – started a project which after five years resulted in the double-album Junk (2004). A socialistic sci-fi rock-opera about love at work – which found its way to a enthusiastic crowd in USA. An intense co-operation with American director Shakina Nayfack started in 2007 and resulted in nearly 40 sold out shows of Junk in Los Angeles. As of right now it’s being worked in to the Broadway version of the opera.

The Last Christmas is Brainpool’s comeback to the pure pop format. Complete with jingling bells, glockenspiel and epic lyrics. 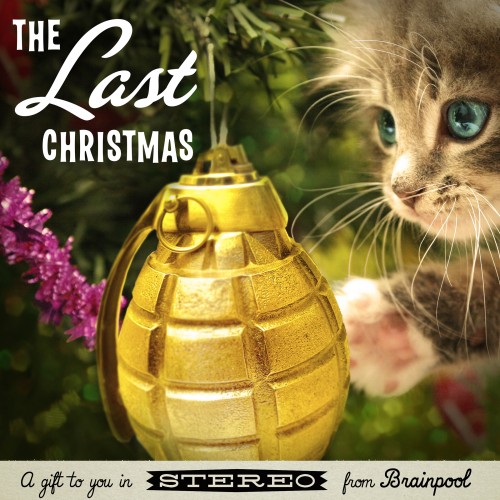