We are glad to announce that today is the day! MF/MB/ are releasing their anticipated album “Colossus” on Adrian Recordings. A premixed version of “Colossus” was released in November and we now release the official album in Sweden and March 1st worldwide. “Colossus” was recorded live during a few intense spring days in 2012, at Christoffer Lundquist’s isolated, rural recording studio together with Mathias Oldén from Logh who had previously worked with such artists as The Hives, Radio Dept. and Mattias Alkberg. It was then mixed by Magnus Lindberg, who had also done the mixing for the Deportees, David Sandström, Totalt Djävla Mörker and Refused. It is a follow up of the 2010 debut album “Folded”.

With “Colossus” MF/MB/ goes from promising to
complete.
8/10
-Sonic

MF/MB/ continue to search their way forward to a krautrock that sounds more dancefloor than then The Ruhr- area fabricfloor […] The interaction has become tighter, more detailed and the quality of the song material has been raised…
4/5
– DN

If you had not already realized this, it is clear with the opening track “Unto Death”: Malmö-based MF / MB/ is a band that goes its own way, and the dark krautelectro throws itself headlong out of the speakers.
4/5
– Sydsvenskan

Not since Silverbullits last languishing crescendo, Swedish rock sounded so brutally vivid as it does here.
5/6
– Gaffa 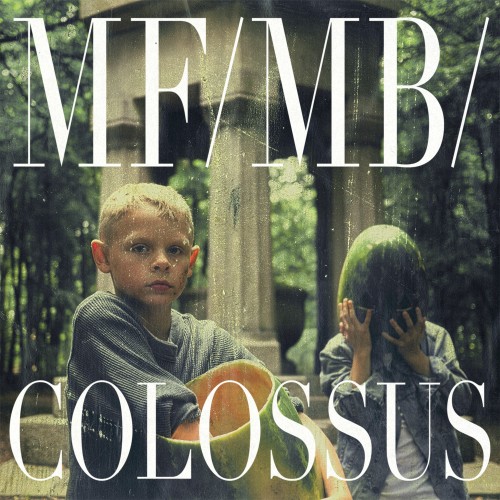