OLD is the biscuit amongst the dry cookies – you like it but you have no idea why? With software tones, hardware thought and enough experience to stay awake all night, OLD has entered their own existence. Some can only handle half a song. Some have left gigs early because of work in the morning and some just can’t get enough. OLD might be the most festive salvation army of the 21st century and they invite you to join a tea-party you’ve never seen before.

In early 2014 OLD and Adrian Recordings announced, after a lot of grapevine, that they mean businesses. The world can look forward to a mean video, a single and an EP in the near future.

1. Listening to the four songs, the connecting element seems to be mainly the melody flowing through them. What do you think of this interpretation? And the use of the chorus goes in this direction or is “just” your signature style?

As we write our songs we create a bubble or a universe, if you will, where we more or less allow ourselves to say Yes to everything. To always welcome rather than turn down. Our songs have therefore so far been pretty eclectic. Except for, as you say that we enjoy to sing in harmony, and seem to like strong melodies. It is just how our brains function probably.

2. Another element I think to catch is certain spatial and temporal reference’s from the eighteenth century for “In Utero”, or from the Far East in some points of “Sandy Dentures”. What prompted you to make this choice?

Regarding In Utero, we wanted one of the parts to sound medieval, with the voices and the harp combination. Why? We believe we did it to make the song more timeless and to create a feeling of existentialism since the text is much about life and death, which is something that everyone experience in all eras.

3. Let’s talk about texts. Feminism has clearly a role in your compositions. Could you explain why? Is commitment a part of the social value that songs should have?

Feminism has clearly a role in everyone’s lives so that is probably the reason why it also has a role in our music. When you get the chance to get your voice heard it is a great opportunity, that we believe also comes with a certain responsibility. Commitment is therefore of importance too but we have never really discussed how exactly it is particularly valuable to our songs. The texts has more or less developed from everyday discussions between OLD, and then along the way, we realize the message of it. For instance, the lyrics to Sandy dentures was created after a random conversation on facebook about an imagined person who was forced to have dentures instead of her own teeth. And she never understood what was wrong with her original ones, no one told her.

4. I’m always interested in the creative process of a song. What’s about yours: first music and then lyrics or vice versa? Have you clearly defined roles in your group or not? What about the recording in studio: has it a role in your creative process?

We always start out with a lyrical idea. We speak a lot to each other in “what if” scenarios based on something that actually happened at last nights party or at the supermarket. We have started listening to our conversations as if they could always turn out to deliver an idea for a song. Either in facebook threads, email conversations or as we speak to one another. That’s normally where we catch a quote from what someone just said and spin it into a chorus or a wish for a stage outfit. Costume dreaming can also be an inspiration to write or record something. We probably have at least one song idea from every time we hang out. We might have clearly defined roles in who does what most of the time. But not in the most important part which we consider to be the writing action really. There we just have fun or cry, and try to pinpoint what is meaningful to us in our everyday life.

5. Last but not least: can you tell me about the birth of your group, did you already have in mind the music you wanted to play, or some other factors intervened evolving it? What kind of artistic or musical influences moved your group, if some ? What makes up your daily life besides music?

We met and we were bored. We most definitely did not have any music or sound in mind. We were not sure that we wanted to make music actually, but started out as a secret society on the attic of Studio Möllan, the studio we later ended up recording at. We are influenced by the radio station “Lugna Favoriter” (the relaxation/love music station) of Stockholm, and like Martha Wainwrights complete works. In our daily life we gather knowledge and courage and then we let it all hang out in exciting and embarrassing situations, as long as it makes a good story. To summarize. 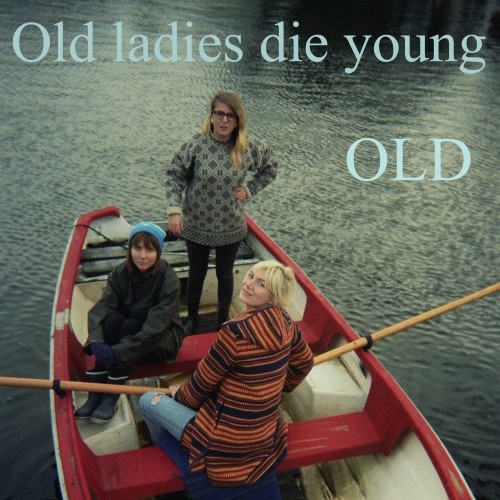