We’re busy here at Adrian Recordings. YAST, VED, MF/MB/ have all released well received albums and now we are proud to present another hi-flying album from Malmö, Sweden. In every corner of the world excluding North America, we are  releasing the second album from This Is Head called “The Album ID”.

Adam, Tom, Henric and Björn make up the four corners of the This Is Head square. Maybe a square is the wrong geometric shape to describe the process that resulted in “The Album ID”, their second album, which now picks up where the final digit combination on the last album “0001” left off. The process that has been going on for over a year hasn’t actually had any limits, rules or straight lines to stay within. It’s like an unruly organism that has evolved and become a being of its own. A being that has itself affected the members just as much as they’ve been helping it to grow. They talk about songs that almost wrote themselves. About how their instruments seem to have their own friendships beyond human understanding. It sounds almost like witchcraft. Magic pots and bubbling cauldrons. With “The Album ID”, This Is Head seem to have created a record touched by a magical glow, but built on damned hard graft.

Stream via Spotify: This Is Head – The Album ID

Get the CD or vinyl: shop.adrianrecordings.com/products/artist/this-is-head

BrooklynVegan
“Hailing from Malmo, Sweden, This is Head make expansive, widescreen pop that doesn’t rely on “whoah-ohs” to convey emotion. There’s an expressive use of dynamics on the band’s new longplayer, The Album ID.”
– Bill Pearis

The Line of Best Fit
“A B – Version” has everything you could possibly want from a Scandinavian indie pop record and more; tinkling idiophones, triumphant horns and spaced out samples all contribute to the dreamy but nonetheless purposeful and energetic aesthetic; while a discordant guitar riff cuts through the pleasant cooing of synthetic strings, lending a distinctly krauty flavour to the track.”
– Dan Carson

All Scandinavian
“This Is Head are still their own in every respect and increasingly awesome at it, too, making “The Album ID” a wholly excellent rock album. So, crank the mutha up and let them sweep you away – it’s a 45 minute ride you’ll thank yourself for taking.”
– Peter Krogholm 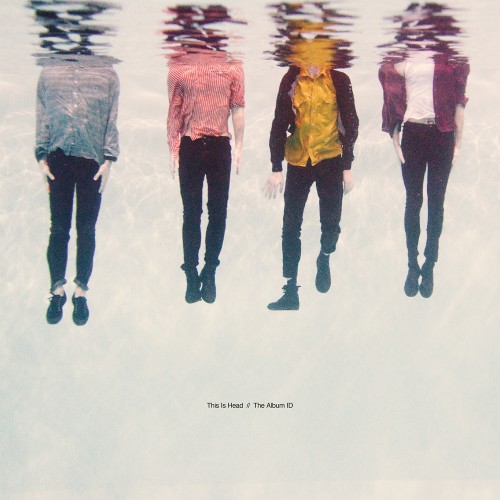