For some, this piece of news is the greatest thing to happen in seven years. Others don’t get it at all. We pin our hopes on a third category of people: those who have never heard Björns vänner but who may now open their hearts to the band, as it emerges from hibernation.

In the ears of many, Björns vänner already bear the mark of greatness, but their new EP and the coming album may actually be their best work to date, which is saying something for a band responsible for tracks like “Åkrar och himmel”, “Kvar på film” and “Vad ska jag med ett foto på dig?”, but we’ll let you judge for yourselves.

So on the 23rd of April, out of the blue, a new EP dropped. Four songs, the first one acting as a single. Later this autumn the release of a full-length album of new material is scheduled.

Björns vänner are a rock band formed about fourteen years ago, They released a few EP’s, an album and a best of-collection of sorts, on Adrian Recordings. The band took a well-deserved hiatus 2005-2012, and they are now set to release their second album. The lyrics are prominent in the mix and are characterized by strong emotions in dealing with narrow perspectives – self-irony, self-pity and self-exposure; some sense of humour is added for the sake of balance.

They just released new four-song-EP, “Märker ni ingenting alls?” It’s meant to be a teaser for the upcoming full-length album arriving in August, but, of course, it can also be enjoyed entirely on its own. The songs find people in varying stages if emotional crisis, and there are not many solutions offered apart from like temporary, resigned compromises. 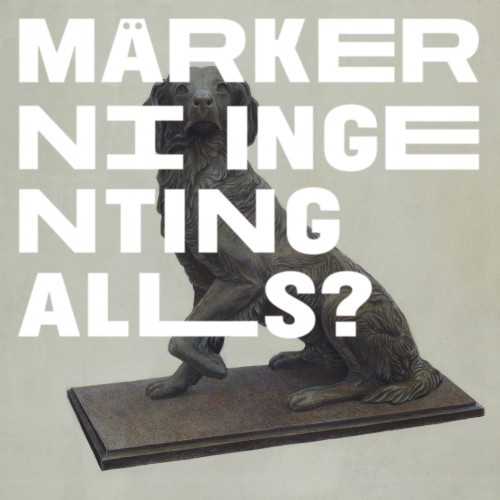