In 2011 “Den Svenska Tystnaden” released their debut album. A social realistic and important album. No excuses. We´ve now entered 2013 and the band has further refined their expression and they are ready to release a new EP. The four- song beauty is called “Fyra fall av fattigdom” and is released the 22th of April, with an official release party at the Victoria Theater the 20th in Malmö!

This EP presents four songs with a distinct history. It is about actual events that has taken place in Sweden today, and for the singer and lyricist Pontus, this reality is his hometown Malmö.

“I’m sitting in our rehearsal room at Norbergsgatan and write this. I passed four burnt-out car wrecks on the way here. By the third car wreck, I reacted with a vague feeling of discomfort. You don´t feel your own clothes unless something sticks or itches. You don´t notice your everyday environment unless something feels strange or weird. You often get that feeling in Malmö and that is often the starting point for our songs. Now we have gathered four new tracks for a pop-song- piece with music and lyrics about situations and places that brought such a reaction of discomfort and wondering. They are reactions on my own and others’ vulnerability and discomfort. A depiction of real humans vulnerability might become exploitative if it is not strongly in favor of the weaker party, if it lacks a “critical power analysis”, or if the depiction is done from the privileged perspective. This is a risk “Den Svenska Tystnaden” always takes. ”
– Pontus Wickman

At the release party, Den Svenska Tystnaden will be performing a solid show in to acts. It´ll be a night to remember so get your tickets now at www.victoria.se. 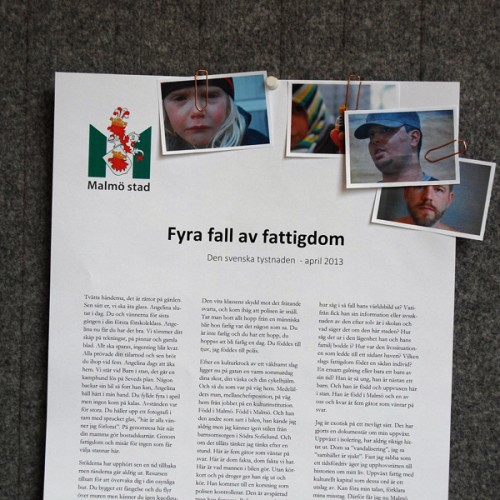