Last year, the creature we call, VED released their latest self titled album but already now we have the follow up. This time we at Adrian Recordings has joined forces with the magical Malmö labels Psychic Malmö and Lugnet Records to bring you the vinyl album VED – Spectra

In a way VED is part of a musical tradition built on the search for the pure essence. Trips into lesser known territories outside the comfort zone where the search is, in itself, part of the creation. Just like Miles Davis played jazz while thinking about funk and rock when recording Bitches Brew, like Henry Mancini when he put music to the wild behavior of greasers in Orson Welles’ Touch Of Evil without any knowledge of their culture, or when Kraftwerk birthed modern electronic pop while making synth music and thinking of the Beach Boys. They, like VED, have created something new. Sometimes inventing a parallel genre, a version in another time and place. New, but familiar, music.

Most of us have been blessed with hearing Mathias Nihlén’s brilliant solo music under the name VED for a few years now, both live and on record. Now we get to hear Spectra, a record made by the band VED. His older music has grown and matured over time – this band has done it real justice – and now is the time to reap the benefits from the transition. The songs on this LP turned out long and winding, organic and suggestive, on the border of addictive. The genial simplicity permits great freedom, and a certain amount of improvisation is allowed through limitations formed during endless hours in a rehearsal space. The arrangements are thoroughly constructed pieces of music, but the songs manage to sound like they have just found their form. 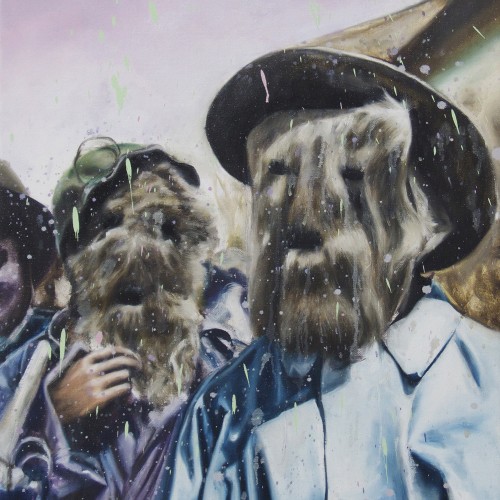