Today the 11th of March RA’s debut album – Scandinavia – is out in all territories.

RA are Simon Minó, Erik Blondell, Felix Mårtensson and Martin Nilsson. RA sound like they have plugged their instruments straight into a small boom box placed on a festival camping in the 80th. Sheets of noise propelled along by dark pounding bass, tribal drumming and guitars that aren’t afraid of feedback, all topped off with the doom-like vocals of prime-time gloom.

Their sound has moved on somewhat from the early Spacemen 3 meets Brian Jonestown Massacre of their 2013 debut EP Bloodline. By the time they’d followed that EP up a year later with their These Days 7”, they had morphed into the band they are now. Much fiercer sounding, with the sort of songs you wouldn’t want to meet in a dark alley.

After a brief detour into the world of electronic music with their Remixes 12”, featuring a brutal overhaul of Prism by Trentemøller, they are now ready to unveil their debut album, Scandinavia. Recorded by master mind Mathias Oldén and produced and mixed by Joakim Lindberg.

In Your Speakers
“Bass propelled and full of dissonance, the punk aura of RA is on focus right away, with an added sense of venom in vocalist Simon Mino’s deep and distant vocals. RA is fresh on the post-punk scene, and with Scandinavia, they are going to stay.”

Confront Magazine
Across the 10 tracks on Scandinavia, listeners are treated to loud, intricate and aggressive guitars awash in feedback, propulsive drum beats and gloomy, heavy bass lines. Vocally, Simon Mino’s doom-like delivery is a show-stealer, navigating the aural chaos around him with ease.

CLASH
“Powerfully imposing, the physicality of sound is matched to a bleak, if enriching, aesthetic which has some moving overtones.”

BrooklynVegan
“Like a lot of their neighbors, RA don’t forget that post-punk does come from punk”

Mxdwn
RA’s brand of punk is dark, it’s weird, and disjointed, which is exactly what post punk bands should be aiming for if they want to stand out.

“their most recent single “The Void” threatens to wrap you up or leave you completely. Singer/drummer Simon Minó sings about the void as a place where ‘everything will repeat itself,’ as the scuzzy guitar and booming low-end make for a heavy, swirling gem of a song.”
SPIN Magazine

“a hypnotic riff of post punk rock that dangles on the edge of chaos.”
Static Multimedia

“It’s harsh on the ears but the wincing is pleasure-based. RA conjure beautiful cacophony that’s heads above a lot of popular post-punk released in the past few years.”
Ground Floor Go

“They’ve got this wall of guitar noise that shreds your speakers; it sounds dangerous (like what you remember IceAge sounding like before they were boring).”
Austin Town Hall

“a towering noisy sound paired with howled vocals that owes equally debts to A Place to Bury Strangers as it does to Joy Division.”
The Joy of Violent Movement 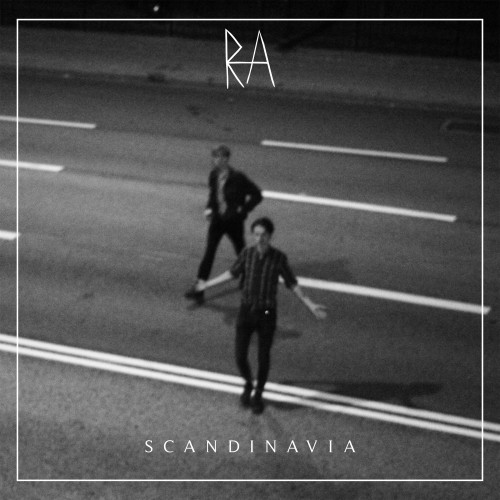