Now 2 years after the release of their self titled debut album, YAST is back with a new single, the first taste of the upcoming second album due for fall.

Maybe it’s just a coincidence or maybe it’s actually a necessity to have your roots in a steel-producing town like Sandviken to acquire a deep enough longing for somewhere else, if you happen to be dreamy, alternative guys who play music. YAST, the lo-fi romantics, are just that.

In 2013 they finally released their self titled debut album together with a string of glimmering singles. “Believes”, “Strangelife”, “Stupid”, “I Wanna Be Young” and ”YAST” took them to distant bloggs and caotic venues all around the world. A better international respons on a debut album is hard to find.

Out now – When You’re Around

Listen now and the world is following.

Stream: Spotify
Stream and download for free on Soundcloud
iTunes

Artist: YAST
Single: When You’re Around
Releasedatum: Out now
““When You’re Around” was the last song we wrote before the recording of our new album started. It’s a song about answered love, for once. Our last album was a collection of recordings we had made over about two years but this time we were in Studio Möllan for two weeks straight and recorded the whole thing. More synthesizers, more guitar and more of everything this time!”
– Nopan – One of the singers and guitarists

– DIY
“This time round, YAST bring added earnestness to their routine. Whereas before the message was simply about escape – pure and unhinged – now they’re bringing romance into the equation. Suddenly this Malmö group are making their route-one message more inclusive.”

– The FADER
“YAST’s “When You’re Around” carries many of Swedish pop’s sonic benchmarks, from its dusky vocals to its characteristically warm production to the fact that the whole song produces mental imagery of rain collecting on a windowsill.”

– The Line of Best Fit
“Swirling and romantic, the track resounds with a blissed out yearning that proves impossibly infectious. “Even when I’m down, God, I love when you’re around,” the vocals echo, chiming guitars and upbeat rhythms crafting a spell it’s hard not to fall under. With it’s euphoric melody and enchanting lyrics, this is sun-drenched pop at it’s most endearing – an ode to the addictive feeling of devotion.”

– Nordic By Nature
“The track has everything, cool beats, a catchy melodie, the feeling, the atmosphere….This one will give you a massive pop-attack!”

– Impose Magazine
“The guitars and frayed, fried guitars stoke the fires of minds alive from the onslaught of mentally speaking sounds that signal different things to different directories of the brain’s receptive channels.”

– Silver Soundz
“The album’s very first release When You’re Around is a really lovely track, often dizzying and infectious, and anchored by a bounty of blissful instrumentals and the endearing lyrics of singer Marcus Norberg.”

– Ponsharden Collective
“The new track is a spaced out dreamy adventure with its dazed atmospherics and wailing guitars.” 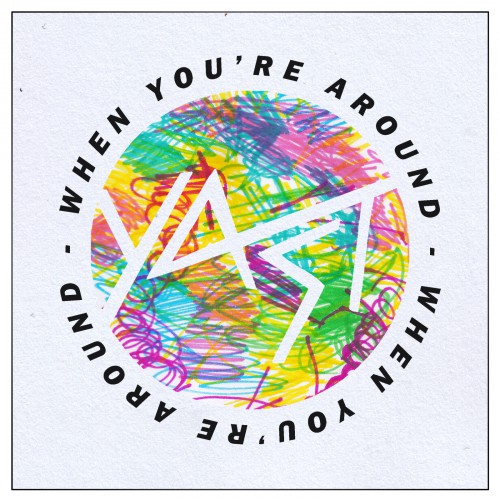