“She’s Wild Again Tonight” is a band consisting of former Mando Diao singer and member Gustaf Norén and film director Fia-Stina Sandlund. The release consists of 2 separate entities called “Kitchen” and “Barn”. “Kitchen” is improvised piano music that is the soundtrack to the film with the same name as the band. “Barn” is music that is featured in the film only through a door in the kitchen on the scene. On the Barn-release we are able to step into the door and hear what is going on in the other room. It’s a voodoo-party, it is Gustaf Norén making music, composing music in the wilderness, that was supposed to be Mando Diao’s next album, but history took another turn. The result is transcendent electronic experimental music performed with much contemplation.

When Gustaf Norén left Mando Diao, it was a process that had started right here. With this music, to the film “She’s Wild Again Tonight” directed by Fia-Stina Sandlund and featured Gustaf in one of the leading roles. The other role played by Shima Niavarani. On the shooting scene there was a piano and in-between the shootings Gustaf let go  of all stress by playing piano, luckily the microphone was still on and caught everything on tape. When the director later heard the recordings it was decided that the music should be used as soundtrack to the film. So this is improvised music written, recorded and performed right during the shootings of the film that uses it as soundtrack. 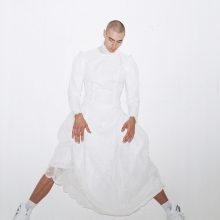 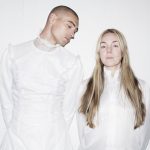